Summer is almost over and I’ve had some lovely memories. My summer days were filled with beach days, street festivals, good eats, and days at the park.

When I was younger my parents would take me to Riverside Park in Cambridge, Ontario. When the weekend rolled around, my mom and dad would load the car with blankets, bathing suits, and ingredients for delicious meals. My little sister and my younger brother would sit in the backseat, and we’d try not to pester each other too much. Going to the park was a time to reconnect with friends and family, to share a meal together, to feed the birds, to splash away in the pool, and to share laughter and stories. The park was honestly a 20-minute drive from our little apartment, but it always felt like an adventure.

Now pan to present day and you’ll find me back at the park throwing around a frisbee and sharing a sunny afternoon with friends. My childhood days at the park are now sepia toned and have the hazy fade of summers long past, but now I’ve created new memories at the park. 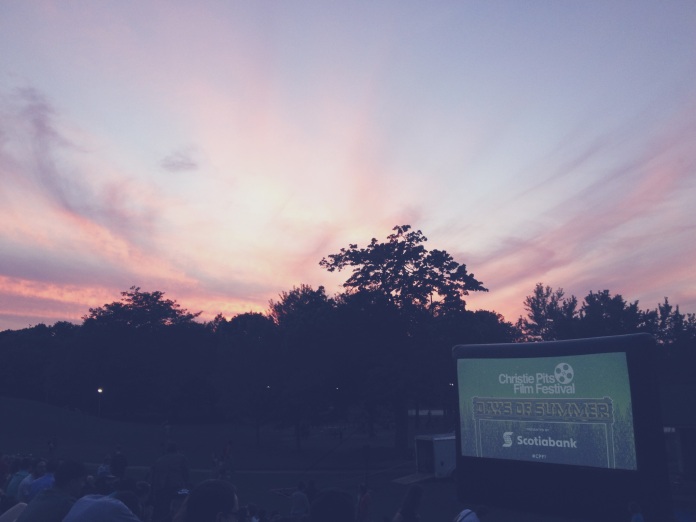 I was overjoyed to hear about the film festival at Christie Pits Park, which featured some amazing movies. It was my first time watching a movie outdoors. I still haven’t been to a drive-in! We prepared by bringing blankets and a canteen of water but we forgot snacks! Not to worry. There was a Sugar Mamma’s food truck nearby and we indulged in some organic blueberry and maple syrup mini-donuts. During the last night of the festival, we sat on the hill with a sea of rapt movie-goers while Alfred Hitchcock’s Rear Window played onscreen. This was the fourth year of the film festival and I’m sure there’s many more to come. I’ll have to mark my calendar for next year’s festival so I can catch as many films as possible. 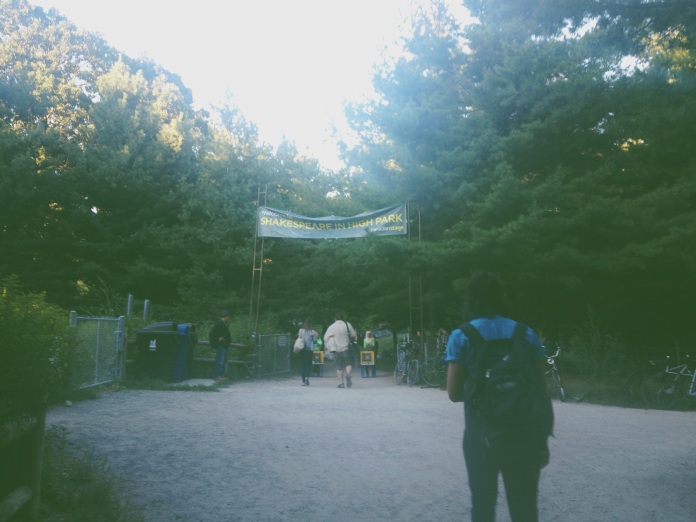 And the summer wouldn’t be complete without Shakespeare in High Park. Before I moved here, I was already a fan of watching the Bard’s work in the place famous for their cherry blossoms in spring. Last year, I sat in the grassy amphitheatre watching The Taming of the Shrew and this year it was As You Like It. It’s a good idea to get there early because there are plenty of Shakespeare lovers making their way to High Park in the waning days of summer. Movies and plays in the park is never “too much of a good thing.”