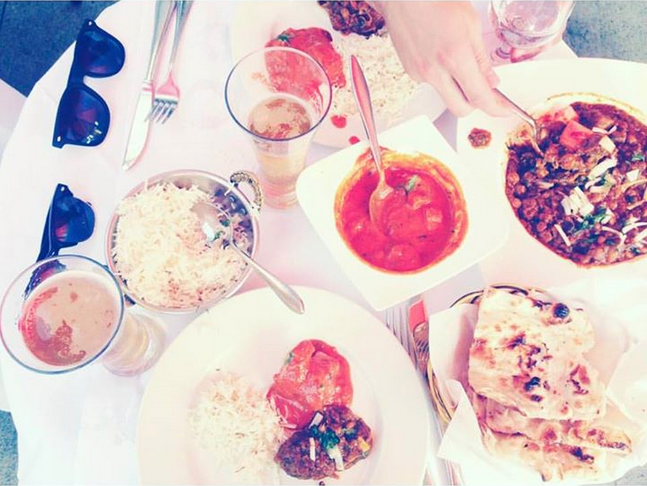 It’s a time of endings. The last rays of summer will soon fade into autumn — my favourite season. But what will never change nor fade is my love for curry and Indian food!

I’ll be moving out of the St. Clair West neighbourhood in a few weeks’ time after having lived here for almost two years. I remember my first night here. I walked along the streets with my face raised and my eyes darting back and forth, trying to take in everything. I still remember how it felt: the thrill of a new place, the anticipation of a new beginning.

I definitely took advantage of the great restaurants along St Clair West. I’ve been to Savera Indian Cuisine a handful of times and I’ve enjoyed the food and the service every time. I’ve sat and sipped red wine and sampled the delicious curries on cold winter nights. You know, I had to try the butter chicken! Obviously, it was delectable. I’ve also had my fair share of chicken korma, several helpings of saag aloo, chana masala, and lamb dhansak on warm summer afternoons while sipping ice-cold beers.

Soon enough, I’ll be moving on to a new neighbourhood and new food adventures! But until then, I’ll remember my last Indian supper on St Clair West and I’ll remember what it felt like to be young and free and full of food and laughter.